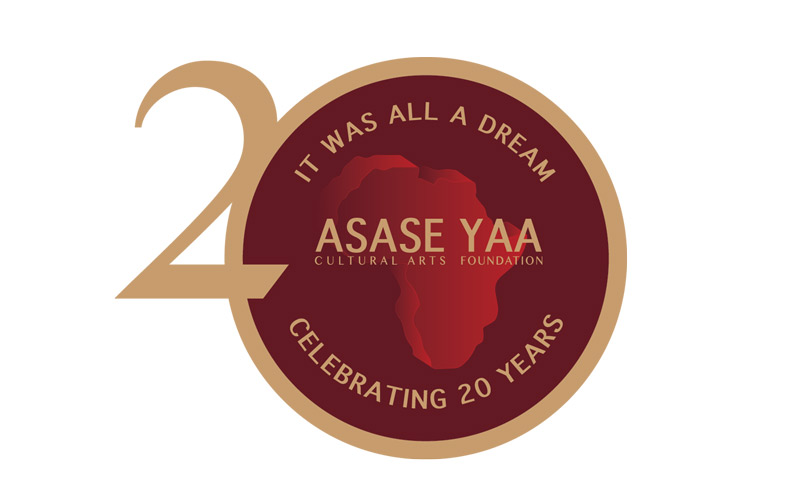 The venerable Brooklyn-based non-profit, Asase Yaa Cultural Arts Foundation, whose core tenets are to Enrich, Educate, Entertain African history artforms and history through its programs for children to adults, has announced its “It Was All A Dream,” 20th Anniversary. They are kicking off their year-long celebration with a “It’s All A Dream” Virtual Special,” Friday, March 5, 2021, 7 – 7:30 PM. Viewers can watch the special on Instagram, https://www.instagram.com/asaseyaa/, and Facebook, https://fb.me/e/Mefo2j4g

“Over the past 20 years, our passion for art and culture has ensured we present it at the highest level in everything our Foundation represents to our local and global communities,” explained Inez Williams, Asase Yaa’s Director of Operations. “As we embark on our next chapter, we remain intensely focused on expanding our family and offering a welcoming space that encourages and educates minority youth to use their artistic creativity. We’re happy to see our dreams come true and to help them share the beauty of art and culture with the world for years to come,” she added.

Over the past two decades Asase Yaa’s positive impact on minority youth and families in Brooklyn has been quantifiable. Some of its most impressive accomplishments include over 6000 students have attended their School of the Arts and participated in programs (classes, workshops, events, and performances), the Foundation’s services have reached more than 300,000 people and families within the Brooklyn community, and the Asase Yaa African American Dance Theater and Youth Ensemble have performed more than 5,000 performances for audiences exceeding 100,000 people. In addition, and most notably, 100% Asase Yaa’s participants have graduated from high school since its inception.

During the broadcast, Asase Yaa will reveal details for several major projects that will anchor their 20th Anniversary event, including producing a documentary film, the premiere of a new “It Was All A Dream,” musical by the Asase Yaa African American Dance Theater at the Tribeca, a School of The Arts entertainment variety concert at Prospect Park Picnic House, and a “Art is Alive,” Festival spread over four days which will include dance & drum classes, morning exercise classes, multiple art classes, and early dinners with movie screenings featuring films by one of Brooklyn’s most famous directors and filmmakers. 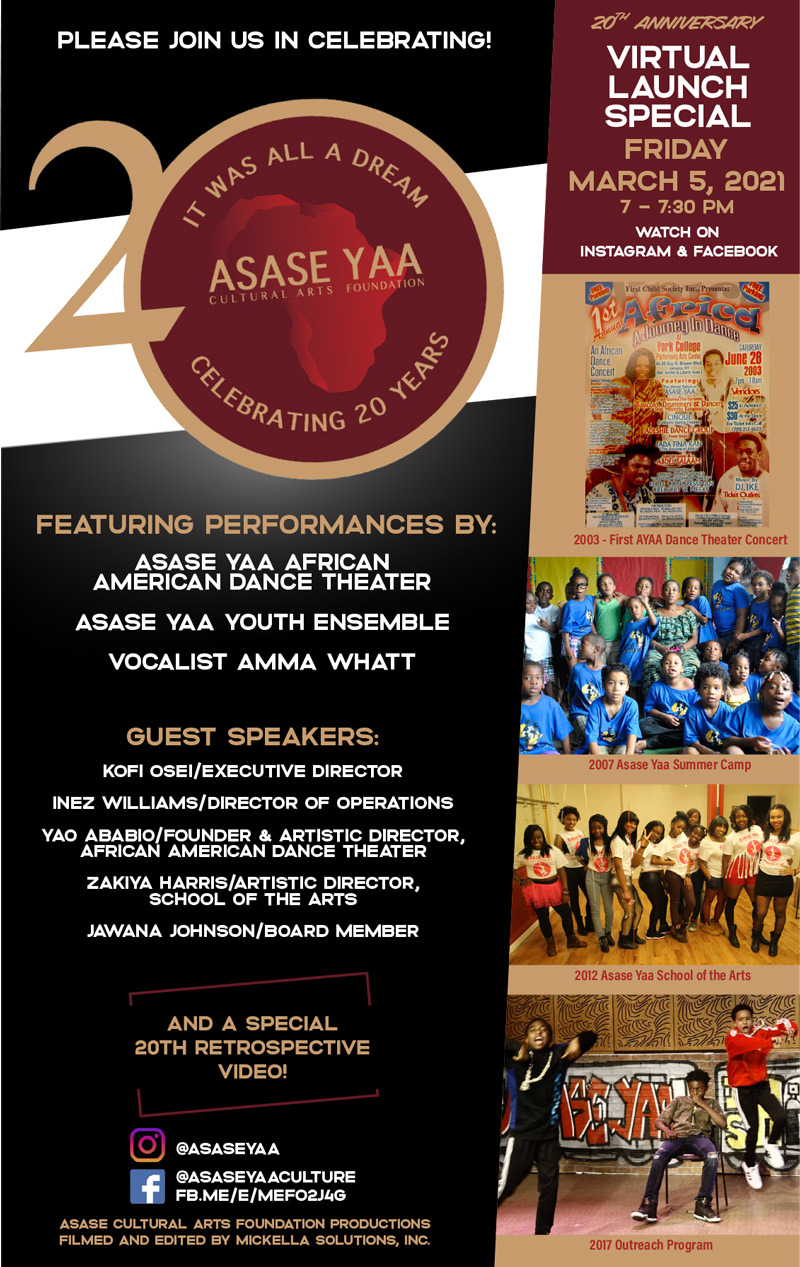