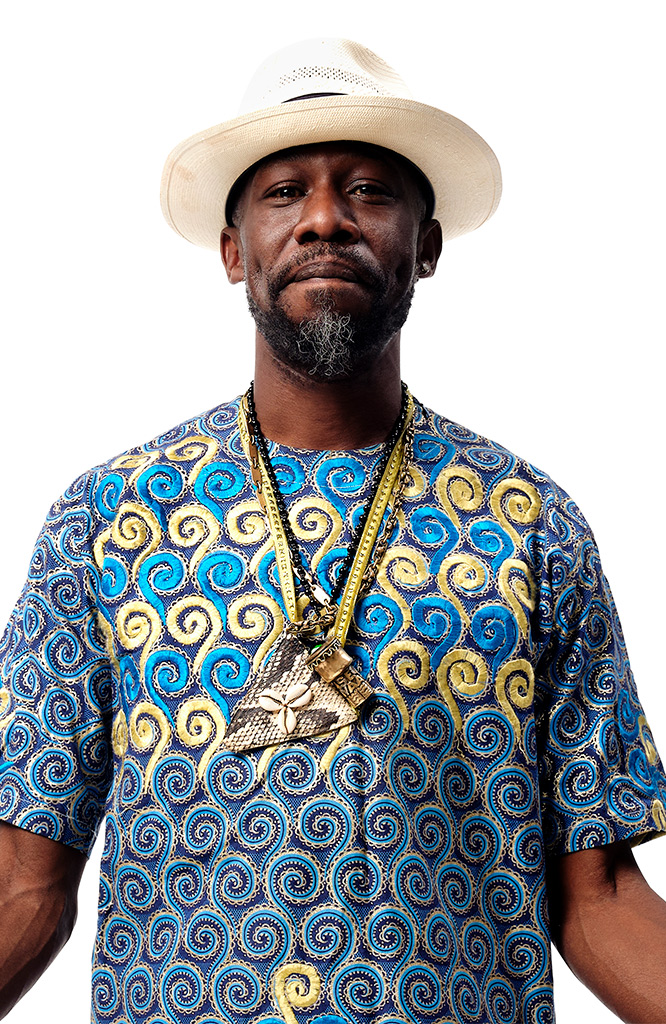 Yao Ababio is the Founder and Artistic Director of the Asase Yaa African American Dance Theater. Since launching it in 2001, he has fervently and passionately served as its principal director, producer, choreographer and music director. Under his creative direction, the dance theater became the first African American Dance Theater program in New York to be nominated for two Bessie Awards, (2014 and 2017) the second time which they won.  His multifaceted talents have been infused in the creation of some 17 productions (including 6 ballet and 4 children performances) which have been presented nationally and internationally over the past seventeen years. He has also ushered and overseen the professional training of over a 1000 dancers and musicians who have been featured in their performances.

“I’m very proud I can help bring a certain level of acceptance to African American culture so our students and audiences can see and appreciate the beauty of it,” he explains. “Our energy and storytelling is all about love. I’ve witnessed kids and adults cry and smile, and that’s the magic of it. Our stories are driven by energy, vibrations and feelings, and for some people, they also have healing powers.”

Yao also prides himself on fusing various elements of different cultures onstage in order to connect African culture to the Diaspora and Western culture to help to accentuate that we are essentially all from the same tribe. He creates elaborate choreography for Asase Yaa’s unique and patented blend of percussion and dance-driven numbers, which can feature up to 25 cast members comprised of dancers, drummers, actors and singers. He also casts smaller live ensembles that can feature either dancers or singers separately.

Yao began his artistic journey in mastering the art of drum and dance at the tender age of 4 years old. At the age of 6 he joined his first dance company “Asafoba Children’s Dance

Company.” By 11, he joined their senior company “Dinizulu Dancers, Drummers and Singers,” and toured with the company, highlighted by performances at The United Nations, Lincoln Center and BAM. By 14, he was selected by Dinizulu for intense personal studies, which led to more touring opportunities with noted artists such as Randy Weston, Steve Turre, Baba Chief Bey, Melba Moore and Hannibal Peterson, just to name a few. He later had a chance to train with Mbemba Bangourua, a legendary New Guinean master of the djembe drum who is credited with exposing it Western culture) and Judith Jamison, (iconic dancer and former Artistic Director of the Alvin Ailey Dance Company).

Yao’s unique talents and diverse expertise in all aspects theatrical production has been the driving force behind the growth and development of Asase Yaa’s thriving theater company. He has been responsible for developing the organization’s signature productions including, Djembe in the New Millennium, Drum Love, Ghana: The Place Where the Chief Sleeps, and An Ananse Tale, which celebrated its 10th anniversary last year (2018).

Following one of several of the company’s performances at the BAM’s (Brooklyn Academy of Music) highly-regarded “Dance Africa” shows, the New York Times review noted, “When the men and women of Asase Yaa were through with their dazzling display of rooted yet ecstatic drumming and dance, it became clear who the afternoon’s favorites were.”