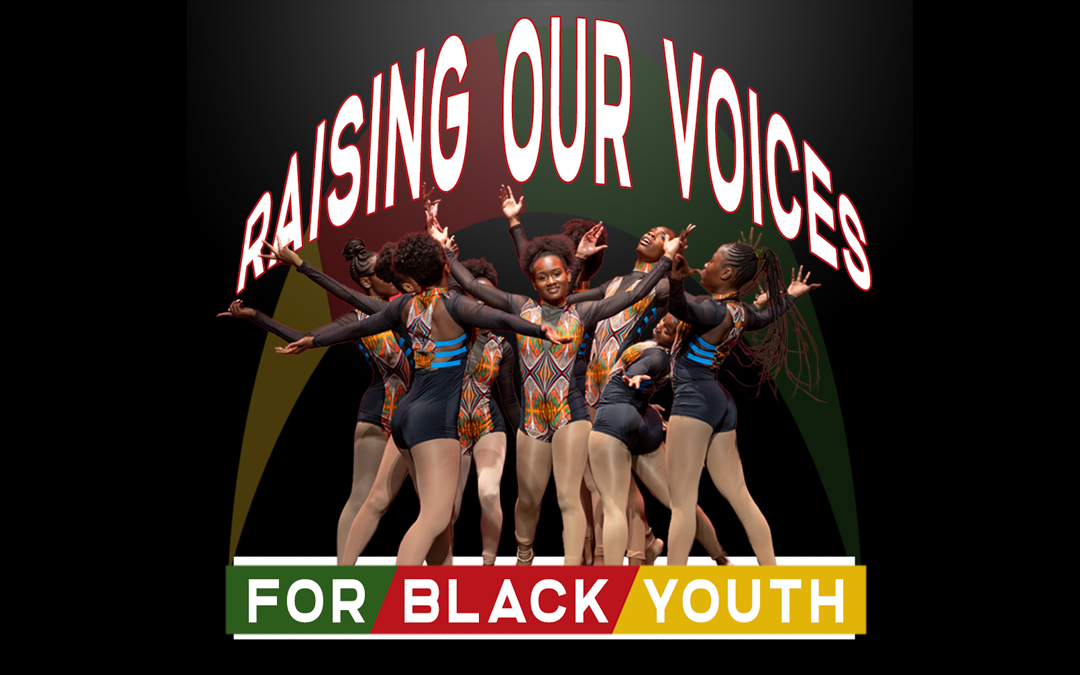 It will be broadcast via OBS streaming services on YouTube, Instagram, and Facebook. All funds raised from the concert will be donated to our Asase Youth Summer Employment Initiative Mightycause crowdfunding campaign, which has been running since early June. Our goal is to raise $50,000 to employ 20 teenage youth (ages 14-19) to work at the Foundation and its 14th annual Children’s Summer Arts Camp. 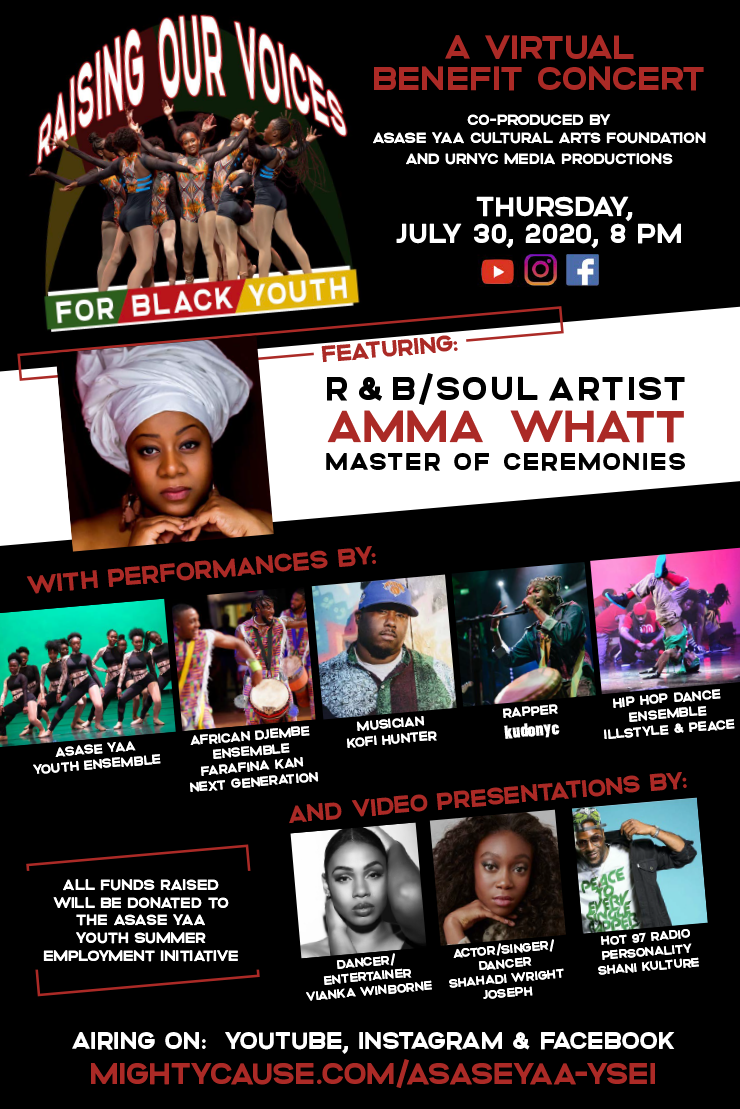 RAISING OUR VOICES FOR BLACK YOUTH is co-produced by the Asase Yaa Cultural Arts Foundation and URNYC Media Productions. Donations can be made (a minimum of $5.00) online at this link or via text, 844-844-6844 using the code YSEI. The Mightycause crowdfunding campaign runs through August 15th. The benefit event will be available for viewing on YouTube after it premieres on July 30th.